During the exhibition, the author of a series of lectures on the history of photography and hold master classes 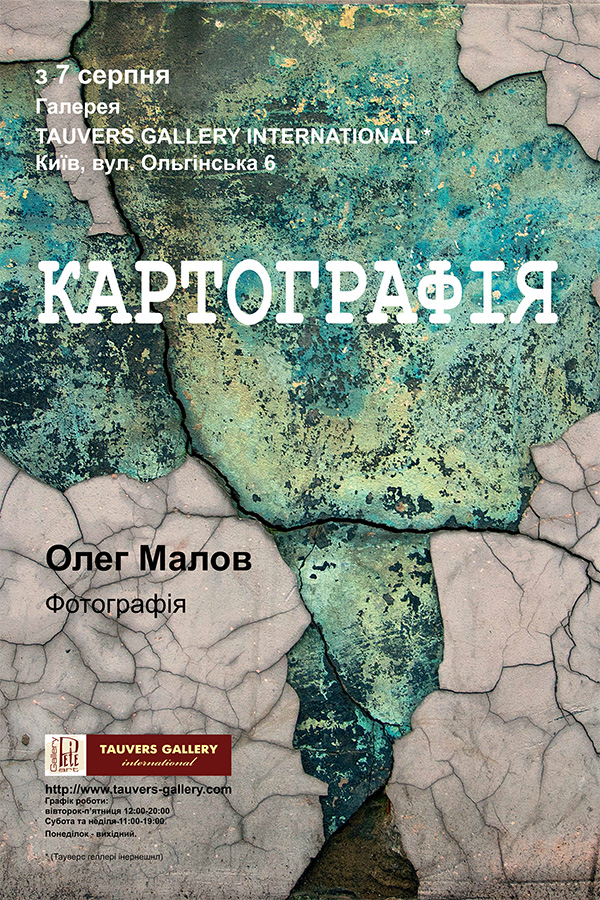 Oleg has been doing photography since 1987. He started as theatre photographer, combining this job with pantomime acting. Having left the theatre, he started dealing with commercial photography, focusing on advertising photography and fashion photography, working mostly in a studio. Later on Oleg got interested in street photography, paying particular attention to the urban landscapes, highlighting some unusual moments from the lives of… asphalt, concrete and glass.

Oleg had been a leader of numerous photo agencies in mainstream periodicals.

This photographer had been twice a laureate of the Ukrainian Art Week contest in nomination Contemporary Photography.

From 2005 to 2013 Oleg had been an actively taking part in numerous collective photo exhibitions.

In 2014 a solo exhibition Big Walk took place in P.Art.Com

National Academy of Fine Art and Architecture, field of study – Theory and History of Art.

“Project Cartography is, in my opinion, some king of experiment, aiming at change, transformation of an ordinary objects perception pattern in a brand-new context, brand-new scope. These photos can be defined as abstract photography samples, when we, relatively simply, transform the world in front of the camera lens.

Although, the aim to divert into the abstract, non-figurative art has not been the only aim of mine while working on this project. To make the object unrecognizable is only a first step. How to make people see something new, not actually pictured? That’s way more interesting! The exhibition name itself makes the observant to percept photos as some geographical objects. To cheat eyes, so to speak, to show in something small something big is what I had been determined to while working on each and every photo presented.

It all started kind of spontaneous… After regular walk with a camera, gathering material for radically different projects, I sat down to look the shots through. And all of a sudden I realize that in some picture of poorly plastered wall I clearly recognize a coastline, water, shore, teeny-tiny road lines, rivers and streams. I checked my photo archive. The very first images were immediately found their place in a special folder. From that moment on that was just a matter of time.

Why square? Well, first of all, it’s nice. Secondly, it’s my personal answer to the question which format is better: vertical or horizontal. And, finally, my career as a photographer started with the middle format. In memory of this format, if you say so, I continue to use it as the main of all mine expressive means.

It was quite funny to watch people, whom I showed my project still on the monitor. Having seen several dozens of pictures, they, looking away from the screen, started recognize some kind of small Africa under their own feet.”